Two weeks away from closing their iconic Pearl Street restaurant after 74 years, the Bove family on Monday announced they will build a sauce plant in Milton.

“We are thrilled, absolutely thrilled, to make this long-term investment in the state where we started, making all of our memories here,”  owner Mark Bove said at a news conference at the restaurant. “We’re embracing all of our customers, future, present and past, with this next chapter.”

Bove said the family plans to build a 15,000-square-foot production facility near Interstate 89 in Milton next year. The sauce is presently made in Youngstown, Ohio, while lasagna and meatballs are made locally in Shelburne.

The new facility will enable the company to increase production and better control how to price products, Bove said.

The new factory will create 5 to 10 jobs initially, Bove said. His vision is to create a public-friendly factory with a tasting room and tours, he said. 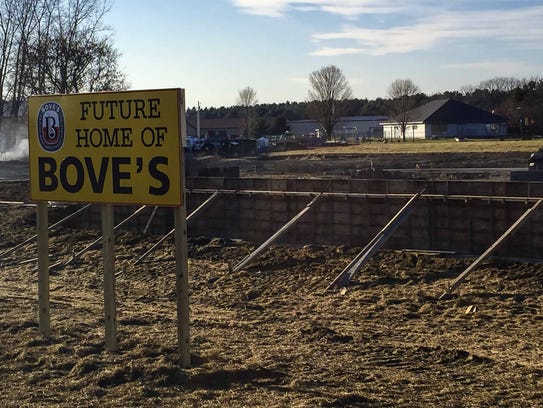 The site in Milton where the Bove family will build a production facility to make its pasta sauces. (Photo: AL GETLER/BURLINGTON FREE PRESS)

“I just couldn’t get back to Vermont, as much as I tried,” Bove said of previous efforts.

Scott said he frequented Bove’s as an undergraduate at the University of Vermont in the 1970s because the restaurant offered good food at an inexpensive price.

The lieutenant governor thanked the Bove family for re-investing in Vermont, and cited their growth as an example of how businesses can thrive in the state. 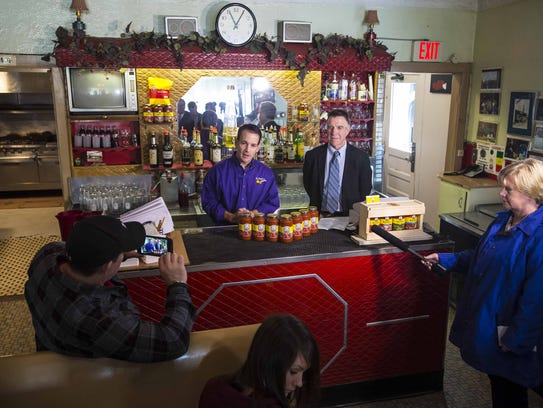 Mark Bove announces on Monday that his family restaurant’s signature pasta sauce will be made in a new facility in Milton. He held a news conference behind the bar at Bove’s, an Italian restaurant that opened on Pearl Street 74 years ago and will close Dec. 23. (Photo: GLENN RUSSELL/FREE PRESS)

“You can grow in Vermont, you can have a business here, but it takes people that are committed to doing that,” Scott said.

Bove held the news conference on the 74th anniversary of the restaurant’s opening, which fatefully coincided with the Japanese attack on Pearl Harbor in Hawaii. The family announced in September they would close the restaurant on Dec. 23.

As for the fate of the restaurant’s distinct art deco facade and neon sign, Bove said the family has yet to make a decision.

“We’re going to preserve it, somehow,” Bove said. “All those memories that are associated with this building will be making new memories in the new one.”